Members of the easy family of brands in London.

Stelios’ started easyJet in 1995 and still remains the largest single shareholder. easyGroup profits by either selling shares in the businesses or by licensing or franchising the brand to reputable partners.

The ‘easy’ brand currently operates in more than a dozen industries mainly in travel, leisure, serviced office accommodation and other consumer facing sectors. Although all ‘easy’ branded businesses operate in different sectors, they all have an underlying mission to revolutionise their industries and to offer consumers a more affordable and easier choice. 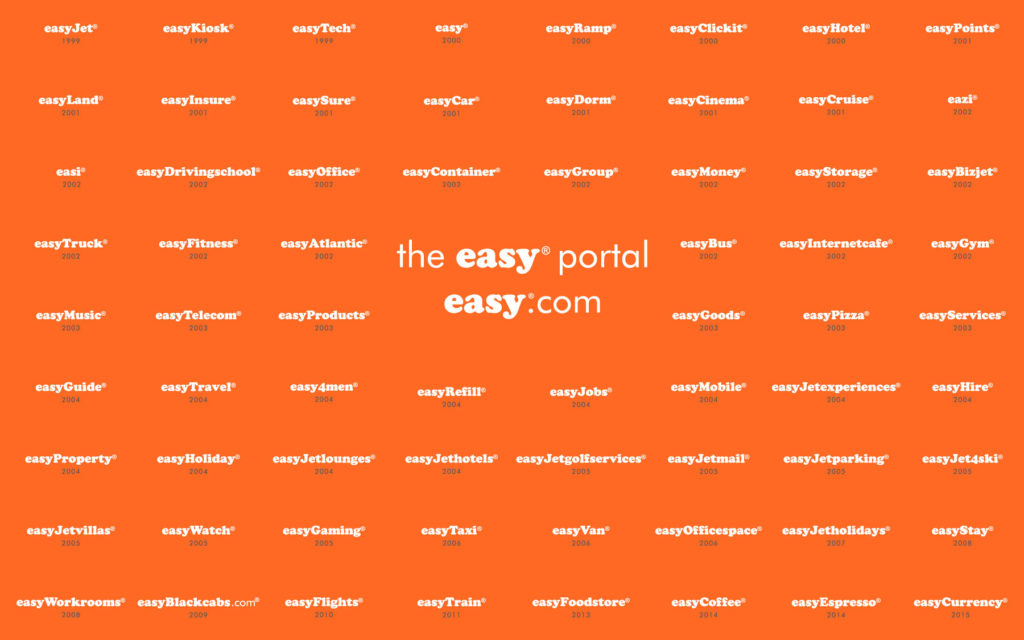 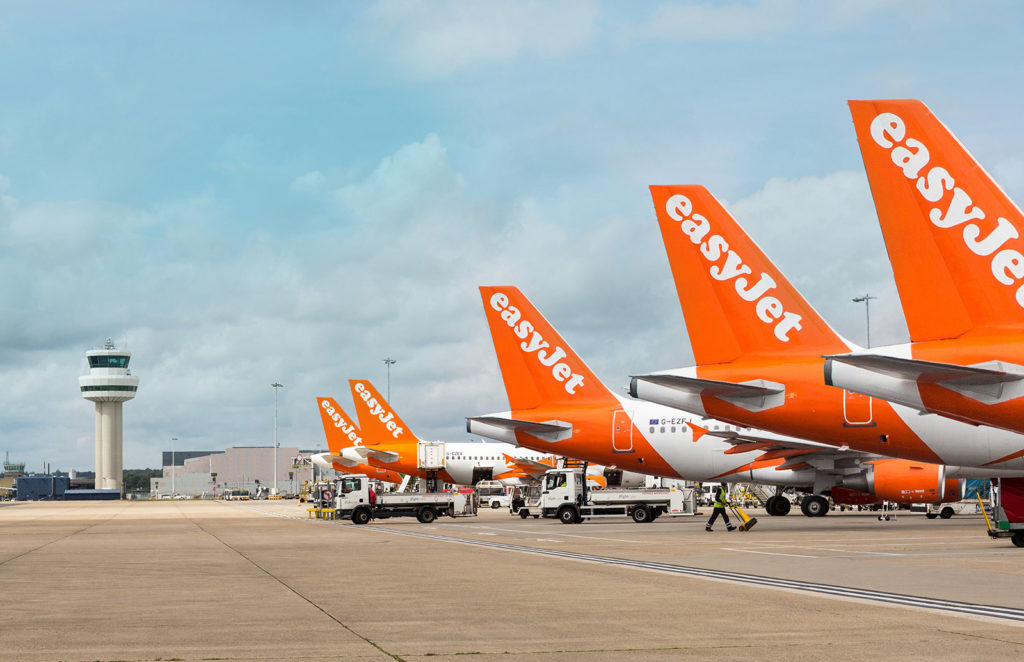 easyJet is a low cost airline that operates domestic and international scheduled services onn over 1,000 routes in more than 30 countries. It employs nearly 14,000 people based throughout Europe, but mainly in the UK.

We use our cost advantage and number one and number two network positions in strong markets to deliver low fares and operational efficiency on point-to-point routes, with our people making the difference by offering friendly service for our customers.

Our sustainable business model makes travel easy and affordable and drives growth and returns for shareholders. The success of our business depends on a number of key resources:

easyDogwalker has been years in the making. Bringing together animal lovers to offer a reliable, convenient and trust worth service. All our walkers and sitters are DBS checked and first aid trained with experience and knowledge in a variety of areas.

The advise and backing from dog behaviourists, licensed vets and approved welfare practises along with a flexible online booking system is what sets easyDogwalker aside from the rest.

Whether you’re leaving your puppy for the first time, need someone to feed your cat, have a long day at work or are off on holiday, easyDogwalker offer more than just dog walking – and from just £9! 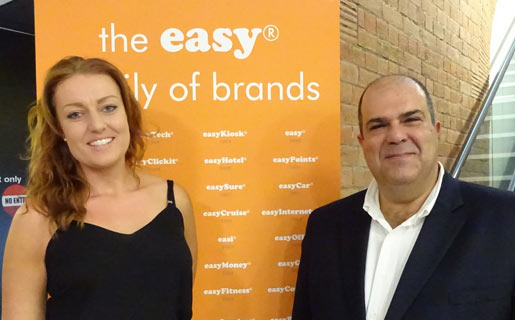 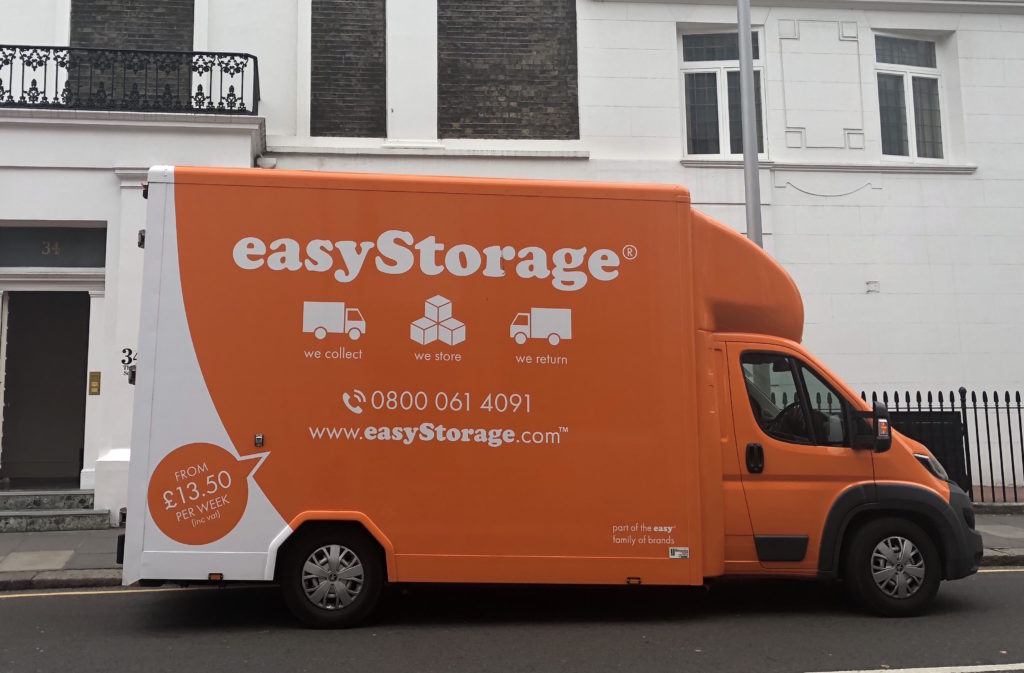 easyStorage offers a no-frills approach to pricing. Customers will pay a sensible margin for storage and then pay for all the extras as they need them. These would be packing materials, packing, insurance, as well as collection and delivery (with cheaper slots for when a delivery is already booked in the area). Each priced sensibly and on an ‘as needed’ basis.

Unlike traditional self-storage, we bring easyPods to our customer’s door.  We load items there and then, close the easyPods using security seals and take them to an easyStorage secure storage facility.

Unlike walk-in self storage, we take advantage of storing high in a warehouse, using cubic meters that are often otherwise wasted.

Launched in 2019 by Blake Anthony Reddy, easyGuide enables locals and tourists alike to discover and book tickets to the most exciting activities and experiences in your favourite cities around the world.
From your must-see attractions such as visiting Buckingham Palace or taking some photos with your favourite celebrities at Madame Tussauds to the more unusual experiences such as an immersive Harry Potter Walking tour through the streets of London, easyGuide has it all.
Providing live availability and instant confirmation, the easyGuide platform offers the perfect solution to book your tickets whilst on the go directly from your mobile phone.
Simply search, book, explore. 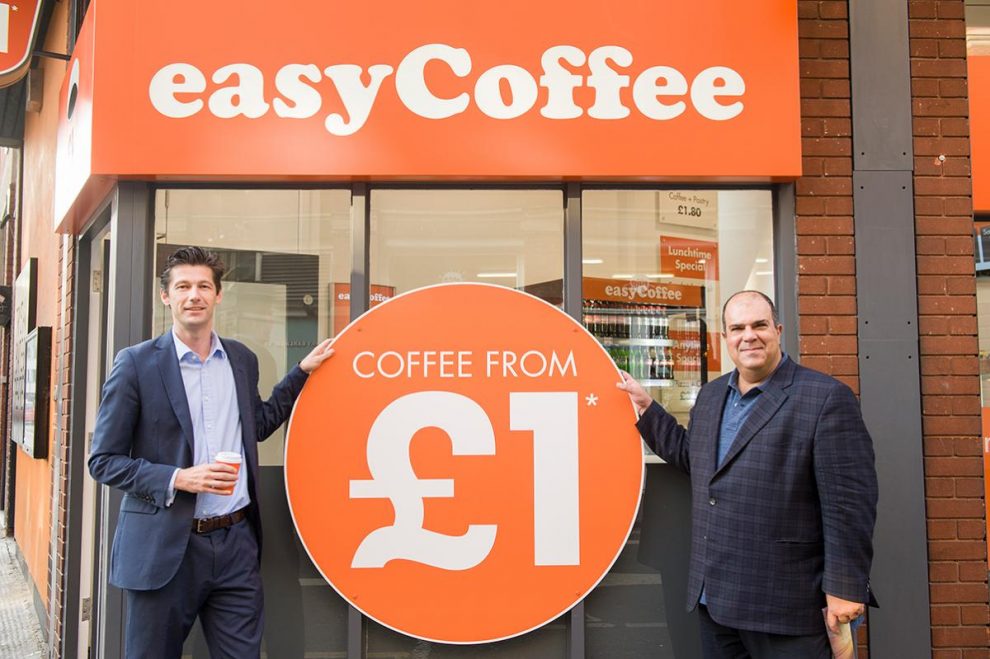 ​We offer you an exciting new way of getting all your favourite drinks and food at terrific value prices when you’re on the go.

At easyCoffee we aim to make things simple, fun and innovative. We passionately believe that excellent products and service and a wide variety of choice should be available to anyone.

At easyNetworks, we are all passionate about providing our customers great advice and the best prices. We are unlike most telecoms providers – because we do not commit you to unnecessary and long contracts. We don’t employ salespeople with their expensive salaries and perks – which means we do not pester you and we reflect these savings in our prices.

We do not waste your time with inflated prices which you have to negotiate down. We simply offer you our best price, first time.

Get in touch, we’d love to hear from you. 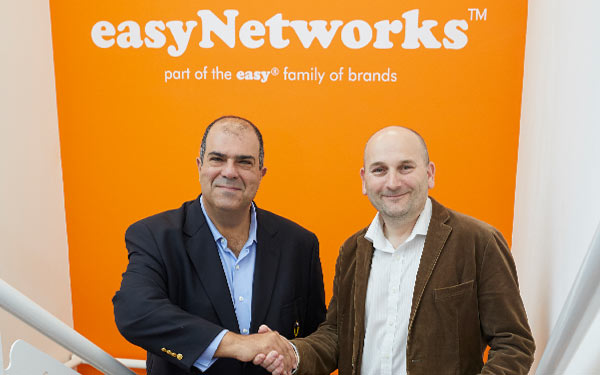 easyProperty is part of the easy family of brands founded by Sir Stelios and part of eProp services PLC which is one of the leading UK residential property groups.

We believe in the power of combining the best technology with the best people to give the ultimate customer experience. We use technology to enhance our customers experience providing them with a dashboard that shows their enquiries, offers and feedbacks 24/7.

We have over 180 local property professionals around the country and our customer case team is open seven days a week.

easyHub customers are ambitious, driven SMEs looking for a flexible space to grow their business. But ambitious SMEs don’t want the onerous restrictions of a traditional lease.

They want flexibility and value. The ability to scale up as they grow, expand their teams to meet new demands and work in new locations to meet their customers,

That’s where easyHub comes in. With the rapidly expanding network of serviced offices, easyHub meets the demands of ambitious SMEs. 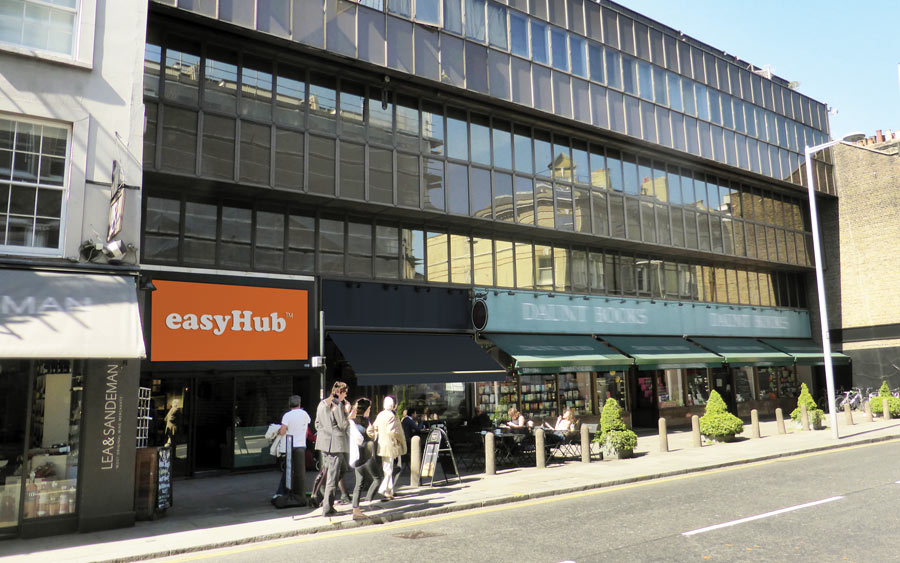 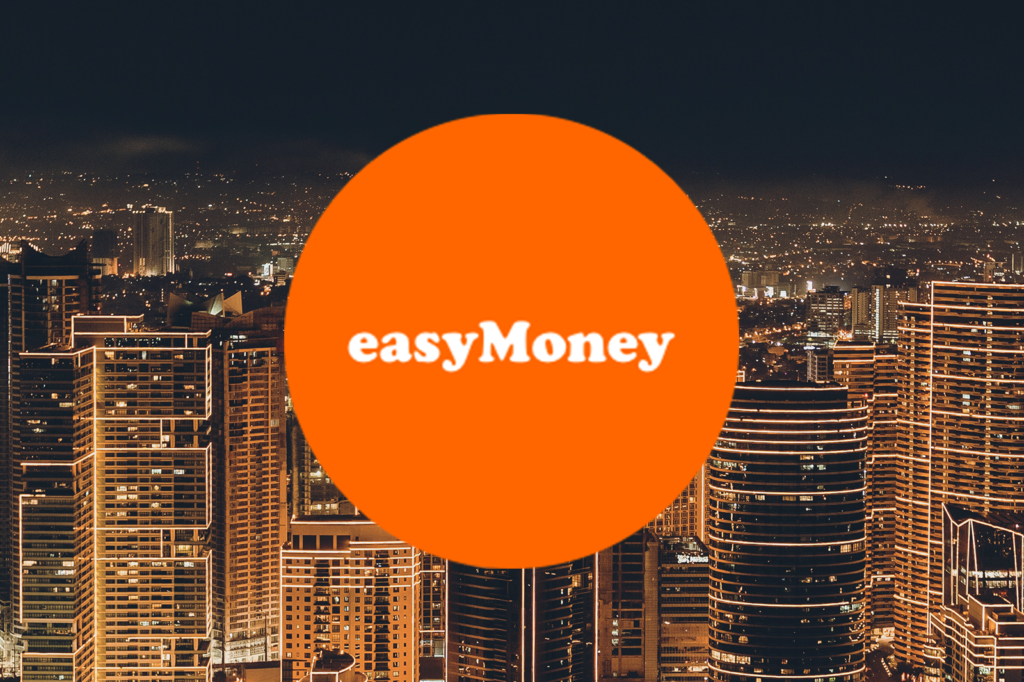 “When I founded easyJet, Europe’s best-loved airline, I wanted to bring affordable air travel to the many, not the few.

We achieved this through relentless innovation, keeping it simple and by not being afraid to take on the big boys.

Our vision with easyMoney is based on the same principles.

We want everybody to get a better return on their investments, through simple, honest products that offer more value, for less.”

Book airport transfers fast and easily online, to guarantee your bus and coach seat, and then keep track and print tickets before travel using your easyBus online account wherever you will be. You can also buy your bus tickets from the easyBus sales desks located at Luton airport arrivals, after baggage re-claim – subject to availability.

Since mid-2019 we have extended our network through partnerships with most of Europe’s leading bus companies. We now offer bus trip comparison, and online booking, for more than 200 operators. This allows our customer to book thousands of possible routes in the UK and throughout Europe. Wherever you are travelling to, easyBus offers you an amazing range of destinations at great prices. 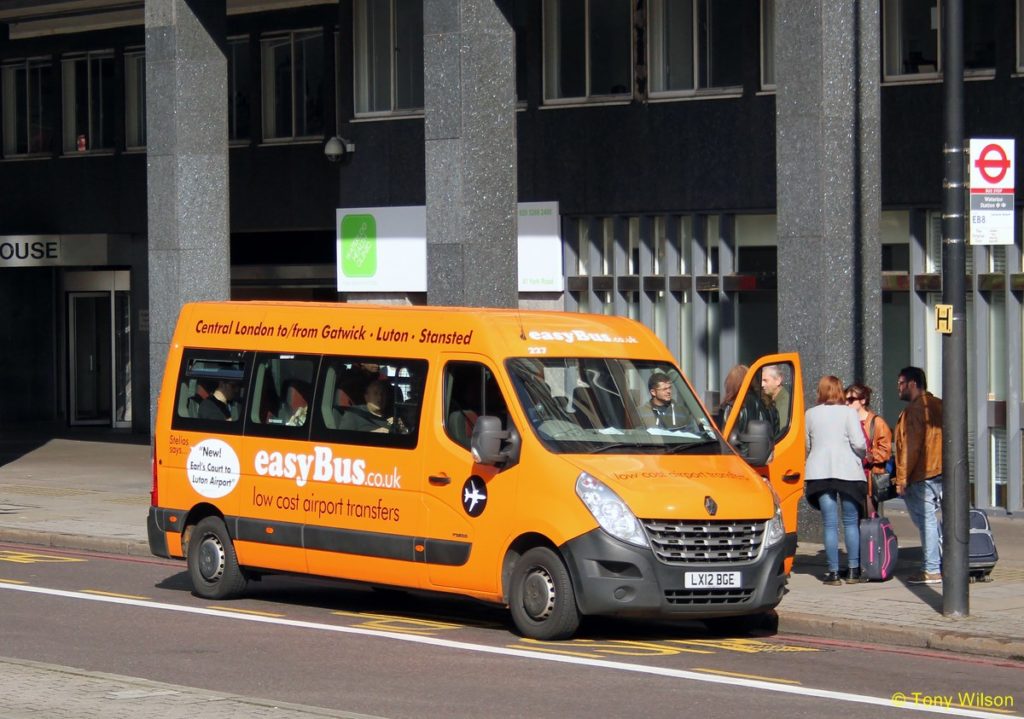 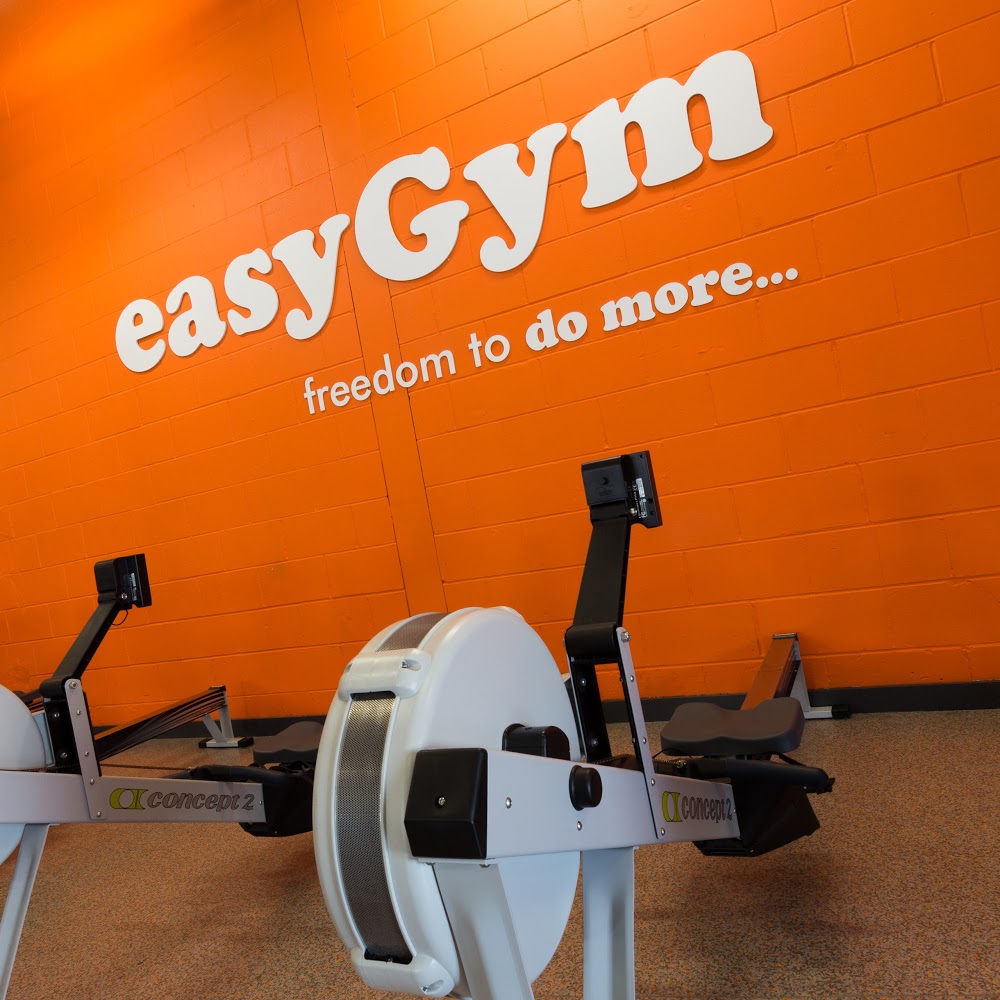 easyGym aims to continue to build momentum by democratising the investment opportunity within the fast-growing and profitable low-cost gym sector.

easyGym aims to provide everyone with greater access to affordable, high quality, 24/7 gyms. Members enjoy a wide variety of equipment and access to PACK45 for a complete range of training styles.

easyHotel was founded in 2004 as a “super budget” hotel group, opening its first hotel in South Kensington, London, in 2005.

The business was founded by Sir Stelios Haji-Ioannou, nine years after his launch of easyJet and four years after easyJet’s IPO on the London Stock Exchange.

Whilst easyHotel owned its first hotel in South Kensington (which was subsequently sold and franchised in 2007), its primary goal in its early years was to grow via franchise contracts.

easyHotel has been successful in winning new franchise contracts and opening its directly owned hotels, with an estate of 40 operational hotels comprising 2,332 rooms at hotels operated by franchisees and 1,427 rooms owned by easyHotel. 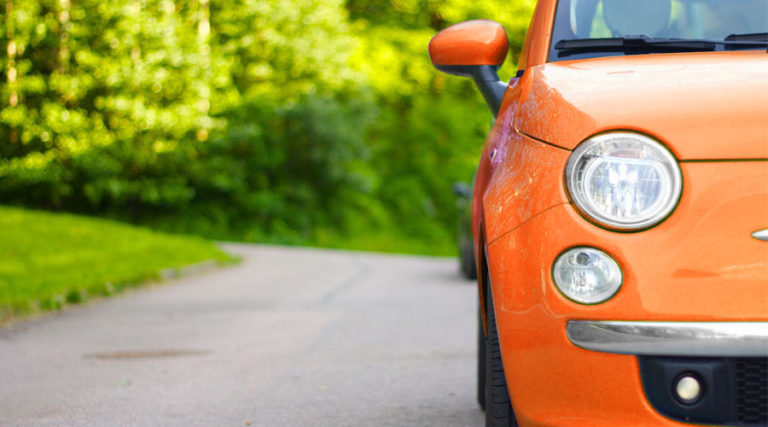 easyCar allows you to compare prices across  1,600 companies in over 45,000 locations across the world. Great value is what we do best, and as one of the largest car rental brokers, you can be certain you’ve come to the right place. We work with the biggest names in car rental, so you can compare prices from industry giants such as Hertz, Europcar, Enterprise and Avis with ease.

So, rest assured that you will come away with the best deal when you rent a car with easyCar, the low cost online car hire specialist.

Essentially, easyFood is “ordering food, made simple”.
With everything from the takeaway menu to the payment processing all at your fingertips, your food will be at your door in no time at all!
With easyFood, it’s as simple as 1 2 3. With our unique formula, you will soon find easyFood is your go-to method for ordering takeaways. 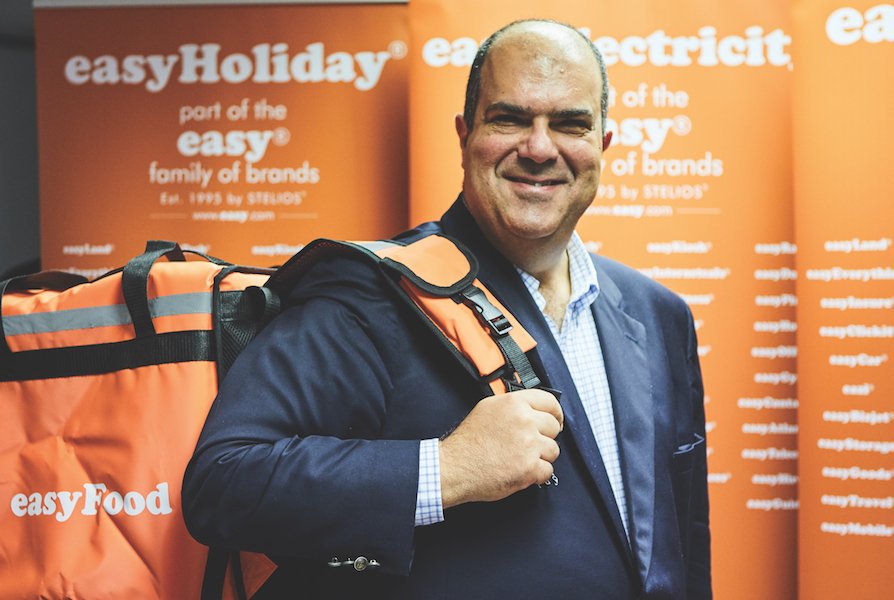 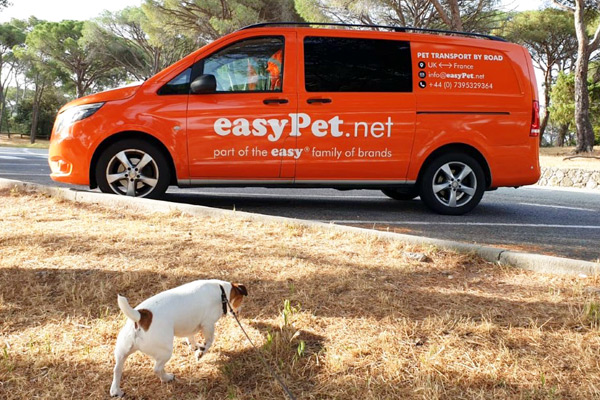 easyPet – part of the easy family of brands, is DEFRA registered and fully insured to provide a safe, comfortable and reliable transport service for dogs, cats and other small animals.

As there is no divide between our experienced handlers and our ‘passengers’ all pets are visible and constantly monitored while in transit.

Cheap food is now available in north-west London after the opening of the first pilot easyFoodstore in the capital. Based next to the easyBus depot on the North Circular Road, the neighbourhood-sized store will be offering a limited and basic range of items at rock-bottom prices.

According to the founder, Sir Stelios Haji-Ioannou: “This is another way the “easy” brand can serve the less well-off. Given my experience in distributing food for free in Greece and Cyprus, this is a more commercial attempt to sell basic food for 50p per item to those less well-off in the Park Royal area.” 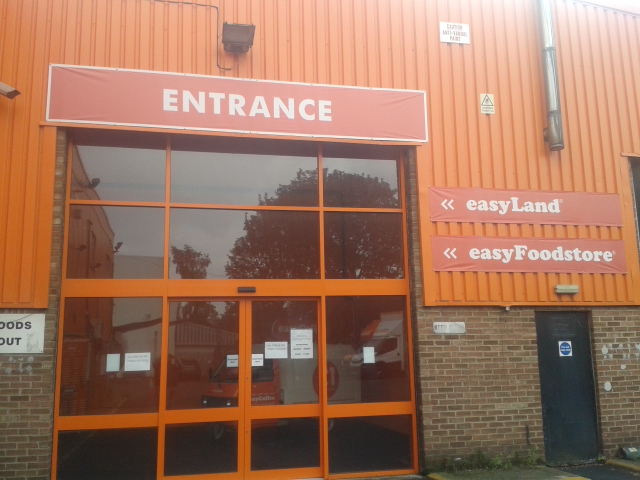